“THESE HAVE BEEN 25 YEARS OF GROWTH, LEARNING
AND THE CHANCE TO OFFER OUR MUSIC TO THE PEOPLE.” 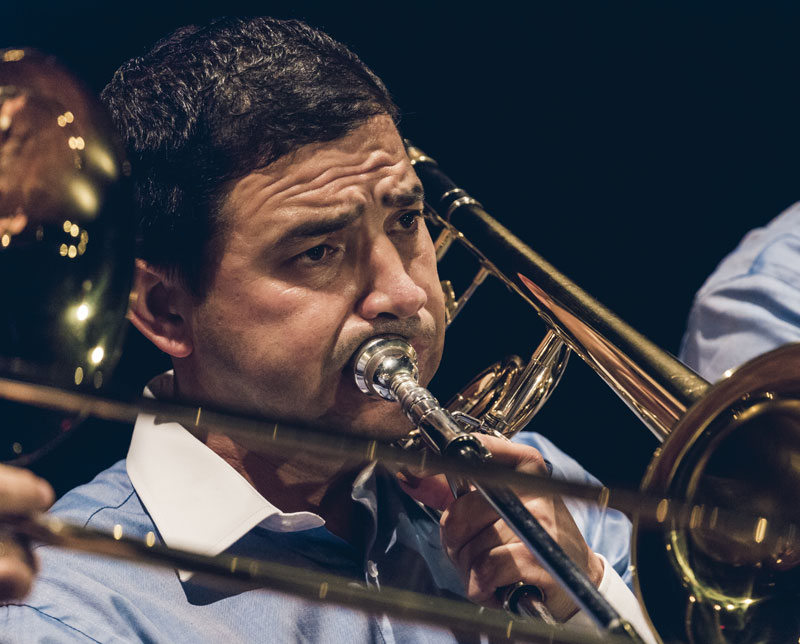 Mr. Bonilla develops an intense activity as a soloist, chamber music, orchestra musician and commercial music. He is a founding member of Trombones de Costa Rica, with whom he has recorded four compact discs entitled: Contrastes, Imágenes, Trombonismos and Latin America.

During the last years he has been guest artist in important events such as the International Trombone Festival (Tennesse 2001 and 2011, North Texas 2002, Utha 2009 and Nashville in 2011) Eastern Trombone Workshop (2003,2010) Texas Music Conference, Iowa Band Master Association, Big Twelve Trombone Conference, Mid West Clinic, Trombonanza in 2010, 2013, 2014 and 2018 (Santa Fe, Argentina), Alessi Seminair, among others. In 1998 he was awarded the National Music Prize and in 1999 he was distinguished with the Special Prize of the chamber music contest of the city of Passau, Germany.

Martín Bonilla has a master’s degree in music with an emphasis on trombone, under the tutelage of professors Alejandro Gutiérrez and Peter Ellefson. He is also an artist of the prestigious trombone brand Edwards.